You are here: Home / GUIDES / Reverse Flow Smoker: What is it and How Does It Work?

Basically, it is a BBQ smoker, which increases airflow inside it to obtain a more even temperature throughout the smoker. Now, trying to figure out how it works can be a little of a daunting experience. But it doesn’t have to be that way.

Here we are going to explain how the device works. Care to discover more about it and become an expert on it? Then keep scrolling and learn!

What Is a Reverse Flow Smoker?

This device can be easily distinguished from other smokers as it contains an extra metal plate, which helps in changing the direction of smoke inside the smoker before the smoke gets out via the chimney.

The extra metal plate ensures that the smoke makes a circle around the meat in the smoker and protects the meat from extreme heat before the smoke leaves the smoker. And the best part is that it makes sure the meat gets cooked evenly!

Although, it is really vital to know that the heat and the smoke come from beneath the metal plate to the cooking space, and it goes through the lower part before rising to the final part of the cooking space while reversing the smoke’s flow. Finally, the smoke passes over the meat to leave the smoker through a chimney.

How Does a Reverse Flow Smoker Work? 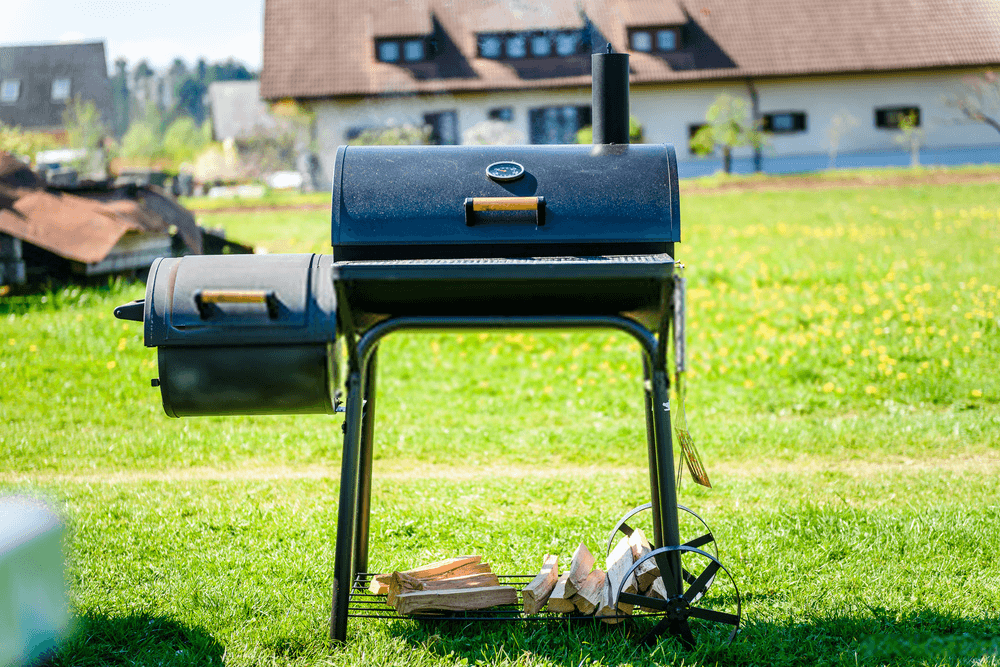 Before we jump into the details of how it works, you need to know that it saves a lot of time and effort as you don’t need to turn your meat over at all! Want to know why? Just keep scrolling, and you will.

The mechanism of a reverse flow smoker is not hard in any way unless you are entirely clueless. If you are, then read the following steps to know how it works as an expert:

Now that the smoke has entered the cooking space, it will pass through the lower part first because the metal plate forces it to do so. Then it will gradually rise to the end part by passing through the parts as it is directed by the metal plate. This causes the flow to be reversed before the smoke leaves. 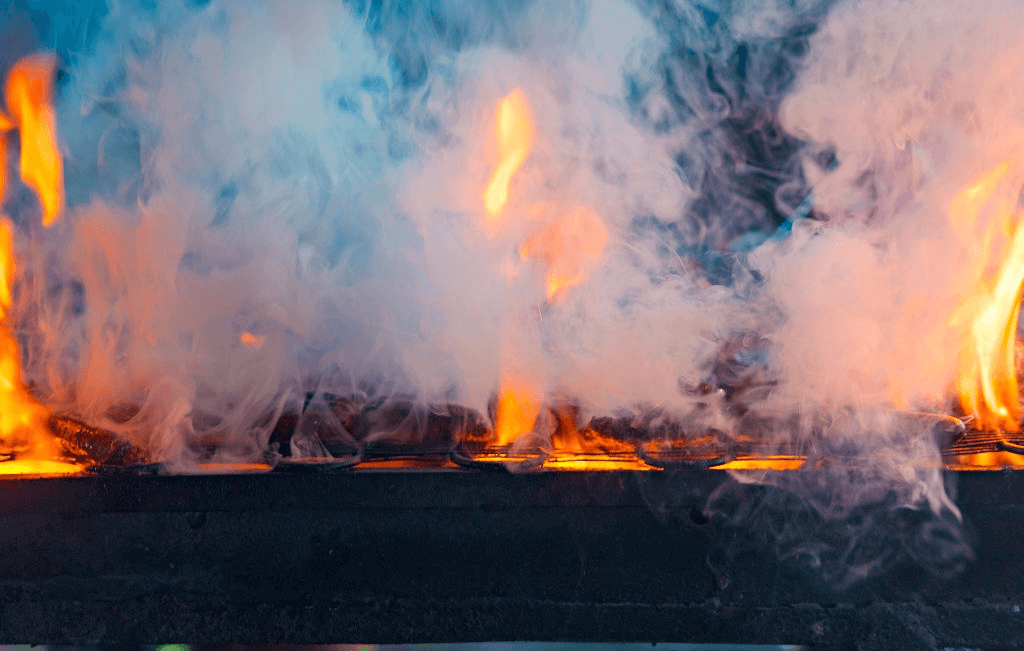 Finally, the smoke is going to leave the smoker through its chimney. But before that, you have to know what happens. As the flow of smoke is reversed before it leaves, the smoke passes over the meat to ensure it is cooked evenly.

Here the chimney is close to the firebox of the smoker. The chimney is placed on the other side of the opening of the metal plate. Thus, this makes the flow of smoke reverse when it reaches the end before leaving the smoker.

Now that you have a general idea about how the device works, it doesn’t seem hard, does it?

More Information on the Metal Plate

There is more stuff that you should know about the metal plate, which will help you get a more clear idea. Here are the things that you need to know:

The metal plate helps to keep the lower portion of the food from getting burnt or overcooked by obstructing the direct heat.

It allows the reverse flow smoker to maintain an equal temperature inside the cooking space.

This also protects the bottom portion of the cooking space of the smoker by acting as a grease or water pan.

Therefore, you can see how the metal plate in a reverse flow smoker just doesn’t change the flow of the smoke; it does a lot of other things, which makes the smoker even better than other smokers out there.

But you need to keep in mind that you can’t take out the metal plate from the device to clean it when it gets dirty. Other than that, it really doesn’t get better than this!

Now You Know What a Reverse Flow Smoker Is and How It Works!

You are basically an expert on reverse flow smoker after going through this article! There are many things to consider and additional information to know. But as long as you read this guide carefully and take our advice into account, you can always get rid of any confusion you have about the reverse flow smoker.

So, are you completely sure that you know what a reverse flow smoker is and how it works? If yes, don’t waste more time and let others know!

Hi, I'm Matthew Fridley, I'm passionate about the gardening, backyard and outdoor, etc. I love exploring new things all around the world. I help busy people get into gardening and outdoor activities and suggest tools for exploring nature. So I want to share my own experience on this website.